The position of Ireland Professor of Poetry is an academic chair  jointly  administered by three Irish  universities. Eiléan Ní Chuilleanáin (pronunciation: KWILL-en-non) has been chosen for this prestigious position for  three years (2016-2019). A new professor will be appointed soon. 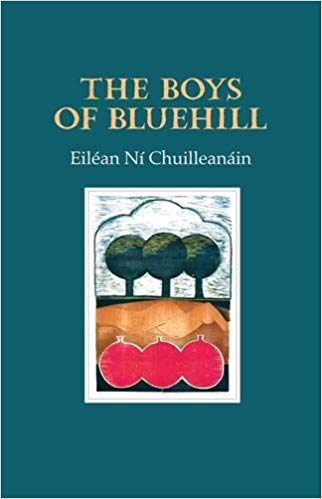 Title: The Boys of Bluehill   is the first tune she heard her sister play.
…a traditional Irish hornpipe.

Memory shapes creativity in the work of Eiléan Ní Chuilleanáin.
She has an unsentimental mind yet writes with feeling.
She creates a world of compelling narratives that
challenge the reader

Her poems seem to escape to another realm.
If you invest time researching her poems
(figurative images, family background, Irish myths,
the allusions in the poems…
you will be richly rewarded!

Theme: musical core that is closely
connected to ENC’s sister Máire.
She was a musician and died more than 25 years ago.

Best poem: …is about Máire “The Skirt”…haunting
Light poems: about her first grandchild…”Dream Shine” and “Incipit Hodie”
Translated poem: poem based on a “The Lament for the Old Woman Beare”…that gives one the sense of a woman who vanishes as she gets older… “The Song of the Woman of Beare“.
Memory poem: going back to things you didn’t do then…and can’t do now…“I Used to Think”
Emotional poem: “Passing Palmers Green Station” – family memories, recounts a journey on the London Underground that brings back to the poet’s mind an earlier journey with her mother to visit “…her younger daughter among the dying”.